Acting on one's own behest, in "Captain America: Civil War" 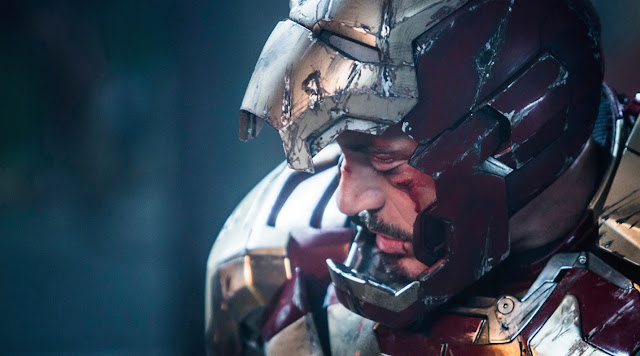 If "Captain America: Civil War" somehow was occurring in our actual world, it's a no-brainer as to which side — Cap's, who wants to keep the Avengers independent; or Iron Man's, who believes the team should essentially part of the security force of the United Nations — is right, the more progressive: the genuine evolution as to where the Avengers must go. Cap's would represent a sort of childish nationalism, where one country stands apart from the world because it can't see global cooperation as something other than entanglements and forced passivity, a curtailing of freedom: America as it was in the world until about Obama. Iron Man's would represent an adult appreciation that respecting the global community is the best way to not be a sort of global antagonist: the kind of force Vision talks about in the world that baits nations into warfare and terrorism that could have been drawn peaceful. But in this film world, overall, Iron Man's side, joining the United Nations, is mostly seem to be about a lapse of mature judgment, not a recognition of it.

It actually is made to seem closer to what is occurring psychically when people who were once interested in being cosmopolitan start identifying themselves "starkly" as proudly nationalist: fitting yourself into the nationalist collective, you surrender distinction and autonomy but "feel good" because you suddenly feel free of antagonists for your own previous independence — a kind of defensive clinging, a retreat, undertaken not out of "wisdom" but because some great punishment was felt sure to be coming. This isn't to say that some of the members who decide for the U.N. aren't made to seem noteworthy for doing so: Scarlett Johansson's Black Widow, in particular, is made to seem as if she made a deliberated choice, where experience and age and the benefits of faithful friendship have all helped her to see the world in a more enlightened and sophisticated and less personal demon-haunted way (Don Cheadle's War Machine's pronounced, instant decision, on the other hand, seems a bit a flunky's response, as well as arrogant: he'd demand for a team that he's been part of, for how long?). But overall this steering towards the U.N. is made to seem as if it's part of the machinations summoned of the wilful mind of Iron Man, when he wants to chastise and punish his own teammates because he feels himself filled-up with rottenness.

Iron Man's a bit of a wreck in this film, and it's not made to seem owed to the after-effects of having made the near self-sacrifice of himself through directing a nuclear weapon towards an armada, beckoning close in deep space. This is not him akin to Mark Ruffalo's Hulk, or in this film, Elizabeth Olsen's Scarlett Witch, taken apart over psychic repercussions from wrought damages on the battlefield — innocent lives lost, or near-lost. Rather, his troubles here are "Rosebud" territory: there's some terrible, terrible guilt associated with feelings towards his mother and father, that are bubbling up in a mad way, making it so that, for him, whatever carnage his team was responsible for in the past — whole wasted city blocks, whole wasted cities — bears the smallest comparative relevance.

In the movie's first scene, where Tony Stark is revealing to an MIT audience a new-tech device he's invested hundreds of millions of dollars on, specifically to try and help himself rewire his brain so plaguing traumas can finally get eased, we have a sense of a guy, who, maybe in this instance — okay, yes — but maybe otherwise can't be trusted in a room with other people of about the same age he was when his genius was blossoming but so too his repudiation of his parents, just before — it turned out — they lost their lives in a car crash: the temptation might be, to help ease his own guilt, to project his own ostensible wickedness — which won't go away with time or even with brain-rewiring — onto some other self-representative. We don't sense it just here with this group of safely-ensconced, princeling children of the professional class, MITers, but when later in the film he seeks out adolescent Peter Parker, with all this young man's discomfort, his humiliating complete lack of ability to account himself well when actually pressed to be "the man" he claims for himself through his "Spider Man" moniker, there was a little bit of a feeling of someone come-along to manipulate and use, not to recruit —the wolf, the vampire, the predator, accidentally invited into the home, to prey on the squirming children caught within... all other pressing business, to the wayside.

The Captain, on the other hand, is made to seem so that whatever talk there was of him possessing some hidden dark side in "Age of Ultron," it's simply false: this guy might find himself occasionally unable to comprehend the variegatedness of the global, 21st century, and maybe go "red, white and blue" just to re-center himself every once in a while, but really this guy has no dark side, no marked inability not to be able to adjust to and propel positive — personal growth-enabling — change. He can stay true to himself and the avenue of possibilities that are open to him, even as many of his friends slides off into disconsonance, into obeying the will of inner overlords now directing their psyches, calling for the punishment of the ostensibly obstinate and for collective, pointless self-sacrifice of all.

I think the fact that Captain America loses Iron Man as a friend while more firmly re-attaching himself to his previous one, Bucky, the Winter Soldier, owes to the fact that the latter can be triggered to be a madman but remains otherwise good and sane, while it's getting harder and harder to find any speck of the former's full sanity remaining in charge. Captain America, it turns out, isn't the guy to make the sacrifice play, to lay down on a wire and let the other guy crawl over you... unless the guy crawling over him has got his own mental wires intact. Without this, he'll sever his ties, and attend to those he can continue to grow with.

This can mean those who can be triggered to violence by key words but who otherwise know neighbourliness, and who've known the good hearth. But not those whose whole psyches are ever-set to rage, owing to repercussions from feeling responsible for the loss of parental ties and love, and who are in fact on the lookout for triggers to re-stage and find proper punishment for "the participating parties," even if adventurous, hard-earned plots weren't a-boiling to make sure one got served up. 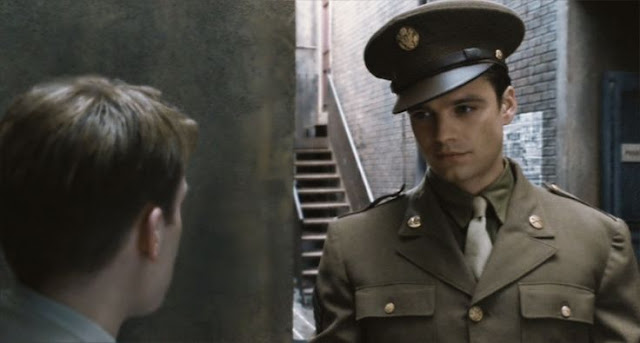