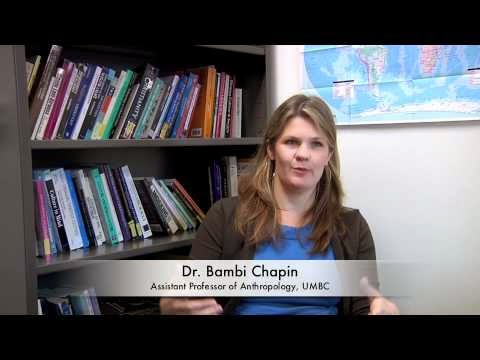 I was wondering what you guys made of Bambi Chapin's "Reflecting on how we know dreamwork and fieldwork in Siri Lanka," in March 2014, Clio's Psyche. She says that the "miracle" people she was working with, who ostensibly were able to make use of a form of childrearing -- i.e. "giving in" -- that she argues surely leads to spoiled, selfish brats in her own culture, to instead produce older children who were respectful and self-denying, were in fact NOT up do anything we might soon want to emulate. She says she is coming to realize that the reason these children end up becoming, not tyrants, but rather those who so thoughtfully don't bother anyone with their needs, is because they have learned if they do end up becoming "a bother," they overwhelm their mothers, and end up feeling rejected/abandoned by them: they stop asking, that is, because they're scared stiff of the repercussions: loss of everything that really matters to the child -- mom (they don't come to understand borders/boundaries, but just denial of love, is what she writes). She suggests that the fairest way to assess this childrearing is in a pejorative manner (she isn't too pejorative, though: she never considers that the mothers actually lack interest in or do deny their children love -- it's all about  the terrible consequences of the child's misinterpretation of surely benign intent), something she only allowed herself in her dreams, because it's such an insult to the people she's been graciously allowed to get to know, and because it'll lead to the intense arousal of her peers who'd surely scold her over her insensitive Western righteousness. She then concludes by remarking on how much goes on when we get involved in the messy process of ethnography.

I'm hoping that in discussion of the article, someone mentioned that what she describes as typical of Western families -- that those mothers who give in to their children, spoil them, give them everything they want, produce tyrant children -- is seen as a kind of fantasia on the part of adults by such Western thinkers as deMause and Alfie Kohn. (DeMause would suggest that the person holding this point of view may still not be "helping psychoclass" ... that they themselves have incurred the kind of parental abandonment after self-attendance that would lead to naturally associating terrible things with self-attendance and ideal things with self-denial; Alfie Kohn would argue that Chapin shows signs of a "deeply conservative assumptions about children."). I'm hoping someone mentioned that she essentially makes the Sinhala seem a group of people who are no different from any other engaged in a cycle of abuse, and that it therefore seems inappropriate to finish as she does, by encouraging us to think on the "messiness" of,  rather than perhaps the inherent limitations of, enthnography ... it seems as "avoidant" of what perhaps she ought to have encouraged as the one she highlights as typically used by anthropologists when they begin to doubt the people they've been invited to become intimate with: namely, putting focus on the evils of Western and corporate imperialism.

To be more blunt: shouldn't she have asked herself if the next step would be to explore other suspicious things about the people she is studying, that she may not allowed herself previously because it would have been pejorative ... like, perhaps, the depiction of feeding, where the mother just shoves food into the mouth of the child, seemingly independent on whether or not the child is actually hungry (erotic feeding)?  Shouldn't she have ended her article suggesting that if there was the equivalent of some empowered UN child services out there, first thing before doing anything further would be her stepping out to make that call?

And while they separated parents from children until some arrangement could be made so the children don't become those who shape their adult selves out of terrifying fear and who panic when life inadvertently amply provisions them, then she might encourage us to think more on the nature of ethnography. Perhaps even suggesting that if it can shroud a people from immediate response from child advocacy, there may actually be a built-in limit to the amount of respect and consideration enabled by its methods?