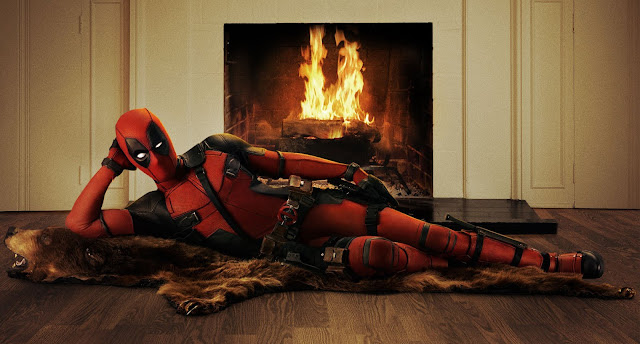 I'd like to superimpose the fourth-wall breaking Deadpool that I'd like to have seen in the movie. In my version, he'd break out of the action at some point to discuss with us the following:


1) He'd point out that all the trouble the movie goes to to ensure that the lead actress is never seen completely naked—no nipples shown—in this R-rated movie was done so that later when we suddenly see enough strippers' completely bared breasts that we feel that someone was making up for lost time, we feel that a special, strenuous effort has been made to keep her from a certain fate—one the R-rating would even seemed to have called for, necessitated, even, to properly feed the audience expecting something extra for the movie being more dependent on their ticket purchases. That is, protecting the lead actress was done to legitimize thinking of those left casually unprotected as different kinds of women—not as worthy, not as human. 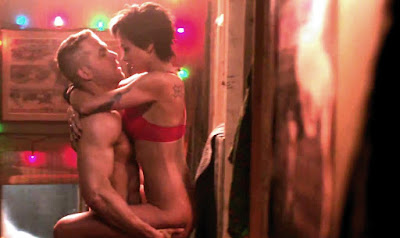 2) When Wade/Deadpool and Vanessa are exchanging info on their past lives, the only one who admits to anything really incriminating is Vanessa. She was and is a prostitute. We are ostensibly meant to see this as something that could empower her, or that she could engage in in an empowered way. But the fact that Wade didn't pay her for sex but rather to join him in a ball-tossing carnival game, suggests that if she had taken the money for sex, something about their relationship would have been degraded. She had to first be granted a cleanse—sex apart from money, and only after a normal period of dating—to become more of an acceptable love interest, to be worthy of dignity.


If the movie meant to really show her prostitution as something that didn't degrade/potentially define her they'd have let their relationship arise after he paid her for sex... the sense would have been he didn't spare her from something, something averse and degrading. She was lifted—perhaps a bit unearned?—into a dignified, "acceptable," situation—what a guy! The way it is, if she should ever turn on him, humiliate him, spurn him, he could just throw another hundred her way and tell her it will be the normal "ball games" this time—even though she wouldn't go for it, it'd be a presage of the base life she'd be back to after him—and she'd be denied the ability to take no disadvantage from it that would have remained hers if she hadn't been so graciously spared his "courtesy."

3) What happens to Wade's face and body is not nearly as bad as we all are meant to pretend that it is. Using him as a proxy, we savour the fact that this guy gets superhuman strength and reflexes, as well as pretty much full immunity to being killed, gets to keep his superior physique and handsome facial structure, but is permitted the allowance of being as ruthless as he pleases to his enemy—and perhaps to the humanity that scorns him—because the cost of his transformation is so high. If it really was, we wouldn't make that trade in a heartbeat... and all of us would. We ostensibly made a lousy trade, but we really didn't: "more square footage...": we gloat on how well we scored on this deal.

If the movie really wanted to make him so ugly Wade couldn't presume to ever be appealing to women again, and to ensure that we would desist in readily identifying with him, in using him in this film world as our "second skin," they could just have made him a third-degree burn victim—a pretty common, unexceptional fate, which looks this much worse: (actually, I can't show you pictures—they can be that terrible; you know what I mean.)

4) Wade endures a lot of torture (so to shock his genes into producing a mutation). If you really mean for those of us using him as our proxy to experience this as something nasty to sit through, you needed to exclude one thing in particular. Don't show him as one of two guys being tortured, and show the other guy, a regular guy, built out of beer and nachos not constant strenuous exercise, as enduring it particularly poorly (cowardly?), despite his easy-to-see-through tough-talk. What happens then is that the torture becomes something to bulwark/cement your own macho, and the other guy becomes someone we can project all our fears, all our humiliating experiences of childhood terror and subservience into, to disown. At the end of the torture, with the other guy perishing passively and "our" fate suggesting our remaining degree of fight—our inherent difference—"we" come out actually in a position where we ought properly to thank the villain: he helped cleft us from the Mr. Pathetic we fear could be our core. 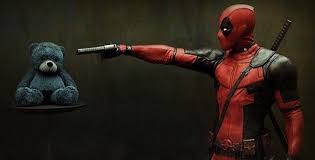 5) If the X-Men start courting our proxy, Deadpool, please don't pretend this doesn't send thrills down our spines. If "we" don't immediately accept, it's not because we like going solo. It's because, since Wade represents someone supposed to be akin to us, a "second self," who (according to film critic, Mike Lasalle) in being distinguished mostly for being shameless and endlessly self-forgiving is really not much like the standard brand of heroes and more like plain old everyone of us—notable, simply for possessing a "selfie"—we kind of have to be eased in so we feel like we actually belong in the first rank... there needs to be some tweaking.

With Ant-Man, this was accomplished by elevating his heroism; by some restraint on his part. Here, we're seeing the other option in play: by representing the X-men with previously unrepresented characters, including a simple, code-following man-child, Colossus, and a withholding, pouty teenager... hell, even in his unadulterated, much-more-just-a-huge-asshole-than-just-bawdy state, he's already on Charles Xavier's coattails before even arriving at the entrance to his mansion. This movie is the red carpet in, if he chooses to use it. 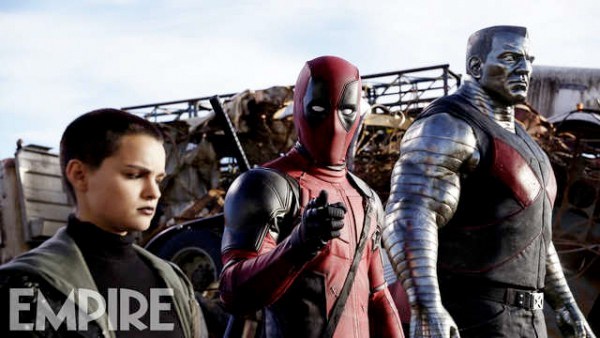 Why otherwise wouldn't he? Well, well there is something about a patient transferring upon his doctor a withholding part-object identity, that strikes me as relevant in this case. As well as perhaps just using a connection to an institution to stabilize psychic identity. But that diagnosis for another time, where owing to his "lowering," it'll probably have to applied to more of the hero class than just him.