Staring up at gods, in "Keeping Up with the Joneses" 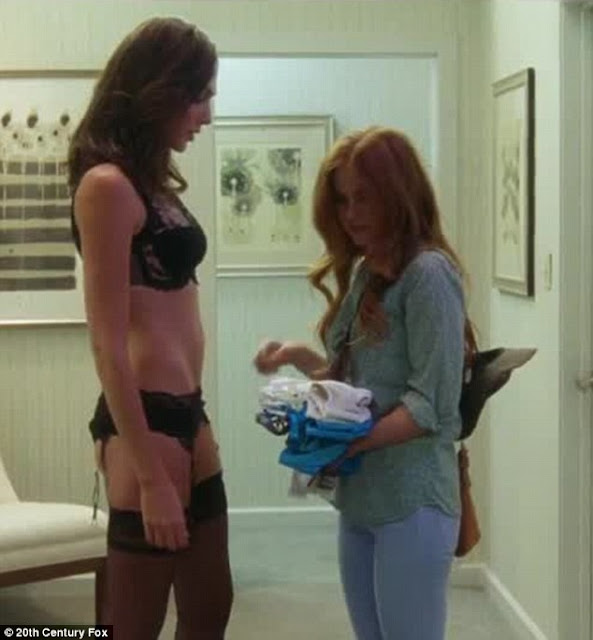 Keeping Up with the Joneses

The expression "keeping up with the Joneses" could be thought by some to be synonymous with capitalism itself -- people prevented from being content by the never-ceasing lure of something glittering, something better, still not under their possession. One would think that in all circumstances this estimation of a society would be profoundly negative, yet it is possible to see its being vulnerable to such an attack meaning it's in possession of something of real value. To the point: it bespeaks a society where the majority, even if a mouth that never finds satisfaction, is still the principle venue for consumption that would-be elites remain dependent on... it means an empowered, a vital middle class, with reach. And a society which can be accused as one where members of the middle class pointlessly emulate and accumulate is also one that one might imagine being defended as actually one where class mobility is a real thing; as fluid and open; and that this is in fact the true story. That is, it's not one where one camp can establish themselves as superior and prevent everyone else from partaking in the societal spoils their presumptuous position seems to entitle them to. But rather one where others can ape them, eventually pass as them, and actually become them, and everyone senses it. So in truth, such a society is one where you don't just keep up with but rather actually sometimes become "the Joneses," or whomever is the vanguard of the best and latest. And though this might of itself sound of no great whoop, what it means is a society where no matter the circumstances you're born with, if you have genuine value to add you're less likely to find yourself unable to make the contribution for people collectively believing that if you don't meet certain requirements, if you don't possess a certain "look," you couldn't possibly be contributing something of value, even as you already -- in albeit, unpolished form -- are. The society, the culture, its overriding deity, seems to demand it staunchly as prerequisite. And for such, a whole society progresses to a higher reach, even if while you look at it it's just pointless whatnot; the busyness of bees.

For several decades after World War 2, with high income tax on the rich, with strong unions, with plentiful jobs, people were "keeping up with the Joneses," whether this just meant buying the latest fashionable consumer goods or seeing their children entering the same newly emerging professional fields. On the same block, were professors and plumbers, lawyers and factory workers, journalists and door-to-door salesmen. People of all varietals, vied with one another; they mixed. And during this period there must have been several dozens of films released that explored the not entirely strange phenomena of an exotic person or couple suddenly moving into a block where everyone else is on the more prosaic side. The premise of this movie, where "the Joneses" are that -- an exotic, absolutely beautiful and sophisticated couple -- was a plausible, if still unlikely reality, even if in a good number of them they turn out to be genuine monsters (very likely vampires). This was a time where the bland American family represented the American heartland -- the centre of American culture. And if you were the Fonz (Happy Days), Sideshow Bob (Simpsons), Jimmy Stewart's world-travelling photojournalist (Rear Window)... anyone who would pretend to be superior to the muddle boringness of middle America, it still made sense that somehow or another it was you who found yourself drifting towards them, their home, their abode: somehow these "prosaics" were the America that forced everyone in the world to recognize America as the worlds' greatest superpower. And as much as you might secretly despise them you were cowed by the power of their optimism and their blindness to class barriers that had once kept so many in place and so many societies sickeningly, sadly, stalled. Maddeningly, these people didn't know how to defer; they could encroach, and successfully. And the power of this spirit was daunting, truly enviable -- truly believable, as the actual source of a great society's expansive, youthful power.

This society is not however today's society. The professionals have long escaped to their own neighbourhoods, and they, their consumption, their activity, is acclaimed by all as what keeps America going, not Joe-loser and his neighbourhood barbecue grill parties. The heartland, the formerly prospering middle class neighbourhoods, no longer a fiery hearth, but really more the skin-sag that's still attached to a body that rejuvenated itself long ago by going its own way. The deity that overlooks this culture seems bent on ensuring that in some ways it's frustrating to all: so the mix won't be enlivened by genius nobodies that grew up in no place of relevance, but only by children of plodding professionals, who went to the right schools, accumulated the right grades, dotted their resumes with the right internships. And what they have to offer that's new never displaces the awareness that they represent privilege that'll never change, never be threatened. They're a wall against "your" own aspirations, so you might as well just drink and drug, and continue in your private self-discombobulations. The difference between you and them is so great they seem not of the same species. While you remain attached societally -- even as you're now but the drag -- every possible connection between you two has otherwise been severed.

And so it is was actually a wonder, then, that this movie landed in our own times, defined as it is much less by genuine class fluidity than by the fact that you can now look at a couple and pretty much know exactly where their children will land. What could this perfect couple, with sophisticated tastes, want with two representatives of our contemporary American sag? The purpose, it appears, is mostly about effecting some measures to ensure that "the sag" doesn't spirit up and revolt, so that the stage just before the accretions of time mercifully clips it off for good goes without a hitch. They are the dispatch to ensure a taut, effective, last-stage medical procedure.

The perfect couple feel they don't actually have to offer much. In fact as they first either bring or lure the plebs into environments which stage how their true relationship to one another is of elegant, awesome predator to pathetic, quivering prey -- the husband is taken into an underground den where a snake envenoms him; the wife is lured into Bloomingdales where she finds herself humiliatingly caught out by the grand lady spider within -- a good part of their visit is actually more about taking and indulging rather than managing. But nevertheless they do manage the couple, prevent anything from going awry, by offering them this: while there is in fact no way for you to keep up with us, you can in fact construct some face-saving (false) self-esteem by gauging yourselves superior to people of your own class. So if you allay your own sexism while your neighbours overtly exhibit theirs, or if you're still in possession of a home while your workmate has lost his and now lives in his van, you can feel temporarily safe from further humiliation and like you're already in possession of something of value, even as society now will no longer enable you to expand on it.

And while you have yourself feeling becalmed when, really, if you had any pride, you'd be staging a revolt and rebelling no matter how sweet our lies, we'll people your last moments with a fantasy dream vision where you win us over by your warmth (re: your overeager need to be liked by us) and openness (re: do with us as you will), something our association of detached European coolness has ostensibly denied us, and could pass with a bit of coaching and smart dressing up as sophisticated agents. And to ensure this is credible, at least to you, we'll make the villain you confront not someone like us but rather a portly discombobulate... to someone actually mostly like you; someone you actually used to interact with, work along side with. Face to face with another schlep who thinks a better suit is enough to clothe deep inadequacies like poor bone structure and trauma-filled, plebeian roots, it's in fact another sort of humiliation, not really an offering at all: you rise only if we let you pretend it's an age past, an un-corralled 1950, that'd permit such a rise in place, rather than our actual, for you, dream-crushing, curtailed, post-2010. You're welcome. 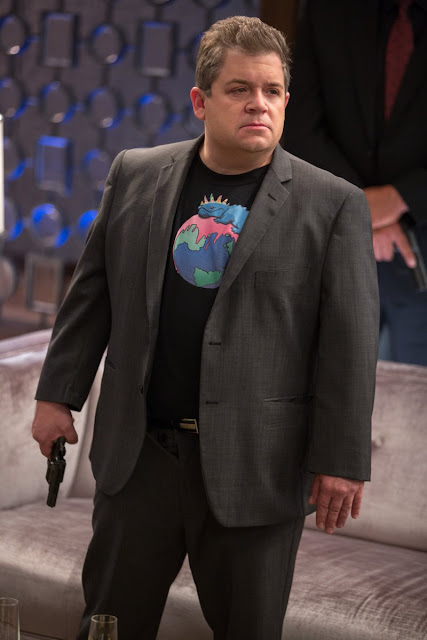