Review of "the Snowman" 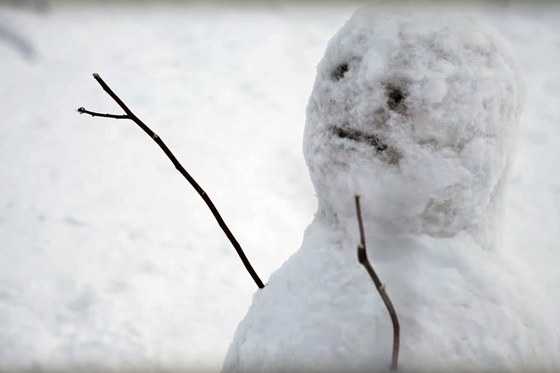 I wasn't familiar with the director. It's about a repeat predator, so certainly timely. But also about a very circumspect, coifed and careful one, so inverse. Relates it all to childhood trauma; taking revenge for childhood abandonment: revenge on other girls for the crimes of the mother. I still insist that's where we need to look to get at Weinstein's illness. We think we reach brave, but there's always a higher level of brave -- what nobody else wants to touch right now, now that the proper decorum is simply to admonish both oneself and the behaviour of others: we've been bad; no excuse, we'll do better.

A lot of people may very well hate this film, but I found it a bit of a jack-of-the-box in terms of surprises: within each scene the director seemed to want to focus on something to show that, in this light, isn't this beautiful. So a human head on a top of a snowman, so a curated snowman, so landscapes of pleasantly loped seaside towns full of manageably sized housing, so variegated images of snow and frost -- fluffed, lightly falling, heavily massed, biting fierce -- so curvaceous roads a sports car would want to hug even as alls we've got is a nice smart orange Mercedes jeep to visualize it, so Harry Potter urban alleyways, so a shotgunned man with pleasantly thorough detonation through the head, so an array of coffee beans in snow, so single dignified coffee beans, so single shivering bared breast of youthful maiden (though an importune time to show women as unwilling sacrifices to older empowered men as an aesthetic turn on, a situational delicacy), so slightly older beautiful women dead but mercifully pleasantly intact and decorously draped and contained in front car seat, so fountain pen, so artful to-the-point decorated notes, so comfortably confined luxurious bars/living rooms, so wholes, so pieces -- never so many of them to signal complicated but rather within the immediately assimilable -- so sublime red drips on white canvas as well as forthrightly assertive red splotches (also inadvertently "controversial," with Tampax now forgoing blue for red and all)... all beautiful; a revelation. I suppose if someone likes touring certain realms of modern architecture, or Danish modular furniture, or fine paper stores, the movie might feel a well saturated good time. I didn't mind it... maybe a bit better than that. (I wondered what his point is in the slight sway you see in many scenes; pictures always slightly drifting, as if the camera man was perpetually beginning to snooze off.) Though real praise would have been if the aesthetic had been in some manner tuned in with the theme -- ostensibly abandonment -- rather than just, I guess, a tour of pleasures the well-enriched might want to chase down in real life. Norway: it's not all one thing, but dense, packed with differentiated, vivid experiences.

Harry is a serial drinker, a serial smoker. Why aren't we asked to know what his childhood injury was? What lead to that? Why is he a miracle-worker? Why are all serial drinkers in the film miracle-workers? Why would Scandianvians like this idea? Aren't they all low crime rates, healthy eating, and emergence from alchoholism? Aren't they ahead of the world, not trying to romance from behind because they sense they're stuck so might as well pretend behind is actually ahead? Struck me that he should be the town dunderhead, lagging well-behind all the intelligent youth with intact brains. A sloth. A meathead. A regret. Park bench material not part of the day but all of the day.