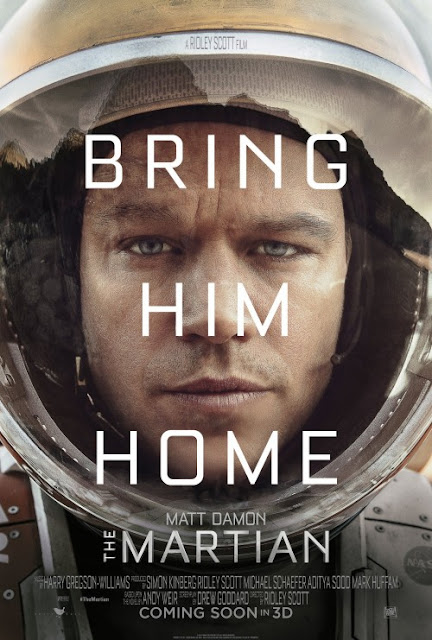 In Ridey Scott’s Alien, Sigourney Weaver’s Ripley was put in a situation where she had to refuse a teammate from coming aboard, and it wasn’t easy for her. She wasn’t someone who just obeys protocol no matter what. And she certainly wasn’t malicious … like Charlize Theron’s character kind of was in Scott’s Alien follow-up, Prometheus, who seemed eager to show she’d be willing to melt a teammate before letting any one of them push her around. Rather, she cared deeply for the person who was afflicted by some kind of unknown parasite; was aware how cold it is to be spurned just at the point where treatment might finally be before one; but refused to alleviate her teammate’s distress by letting the besotted teammate into the ship, for it genuinely being an unwise thing to do. For this, for even not be dissuaded by the captain — who too like everyone else other than Ripley, wanted protocol passed by this time for decency sake, and who was hardly otherwise insensible and foolhardy — she gets the kind of viciously delivered catcalls that could wound anyone not made out of rock. We, the audience, might not even like her much either — in a sense we’ve been out there in the cold along with the rest of the teammates (they’re the ones we’ve been cinematically following, not Ripley inside), and through being let inside without dithering, might have been spared our frayed state being compounded by mirroring their frustration.

This, to me, was a very adult moment — one of those moments in a film where you hope others experience, for it shows how the right thing to do actually can be very difficult, leave one potentially completely out of favour, and give some sense of the kind of person who would be at a loss without friendship and approbation but who nevertheless could forebear it if necessary. It is unfortunate, then, that in the Martian Scott in a sense tells us that this is exactly the sort of person we shouldn’t want to be — maybe not a villain, but someone interceding in the realization of something humanity now needs, which has priority over any previous protocols devised out of who we once were and what kind of oversight we might once have required. It has priority over the use of authority to prevent a whole crew from putting themselves at genuine risk to possibly save just one other; it has priority over the use authority to keep a crew ignorant when an emotionally heightened situation suggests their not being able to spare themselves for a year-long return trip to Earth, the self-flagellating and vitally important work-impairing torture of knowing they left a teammate behind to very likely die.

The head of NASA is the immediate relief/gratification-blocker here, and when momentum in effect pushes him aside, we are meant to be gratified and relieved: we’re going to get the outcome we want. Sean Bean’s character is the one who subverts him, informs the crew that their teammate is still alive, and in effect makes possible the desired finish where the abandoners themselves make amends and where space remains a frontier far out enough that independent action gets juiced and central control can get quitted in a hurry (We love that the finish involves a mixture of routine procedure and experimentation and independent judgment — something that had momentarily lapsed once the “martian” stopped improvising on the spot and started just following NASA’s dictates.)  The “Sean Bean” subversion occurs just following a meeting compared to the fateful council meeting in Lord of the the Rings, no less, but the message that comes through isn’t some inverse one where those shepherding humanity from knowledge and empowerment are awry in not sufficiently trusting humanity, it’s not implying that if the Martian’s “philosophy” was interred into Lord of the Rings, Boromir would have been right to have been traitorous and gave humanity knowledge of the ring. But rather that when humanity happens upon something it realizes it really needs, it has to be allowed to happen.

Ridley Scott inadvertently shows us, not how do to the right but hard thing, like he did in Alien, but how we can seduce people into thinking the easy way is actually difficult and adult — the one to emulate. There’s a lot of talk in this film about people preparing to do things that’ll surely, we are meant to understand, lead to very strong hangovers, harsh repercussions — long-held prize jobs lost, court martials, families abandoned for subsequent years. Scott wants us to fix on the men and women preparing to accept these repercussions as exemplary: they are not so much informed of their likely fates as they are thereby encased as “heroes” as this information settles upon them. Yet it is clearly obvious to anyone not partaking of their narcissism that there is no chance of reprisals, repercussions, incurred guilt for any of them: the public upswell of support for them would balk any such down — would you want to the one who would draw the ire of a united, chanting and cheering U.S.A and China!

There should be, but for most people I’m guessing there probably isn’t, something gruesome in witnessing how after being told how the astronauts would have to incur another couple full years away from their husbands, wives and children, being witness to how the only images subsequently shown of them are of them in fact being readily entertained, apparently thoroughly satiated, by the limited communications they do receive. Apparently everybody is so fulfilled by being involved in this shared mission, all someone has to do is send the occasional space “postcard” — here, images of them doing the like of eating large floating bubbles of water in their gravity-free environment — and damage owing to further years of time away is quelled or even absolved entirely. So clearly does the film want these astronauts absolved of all guilt, the family members had better at least pretend convincingly they are more content than one might expect from their situation. Where otherwise would be their loyalty and pride?

There should be something gruesome as well out of our sensing that we are meant to see the crew as honourable and heroic, no matter how well earned, so that if one of the teammates did serve as the single vote that ostensibly would willy-nilly prevent the ship from turning around and returning to rescue the “martian,” he or she would simply become a gross irritant because he would show this as actually just pretence — that they actually were going to go, regardless if the vote wasn’t unanimous, and were therefore really just staging a ritual to show off how admirably united they were rather than consenting to a vote that dignified individual choice but which could deny a clear majority getting its way. We are meant to think that, like them, we’re those who expect and insist on maturity in our heroes, while being encouraged to be those who’ll only acknowledge results that satisfy our needs, and who shouldn’t fret at all our insisting on remaining free of any jolts arousing from becoming aware of our hypocrisy.

I’m sure Scott believes that he would know when he himself is partaking of a mob mentality — I’m sure he thinks that probably at all times, he is not like the ugly mobs in Gladiator demanding thrills and blood but rather like the senator in that film who alone remains clear-headed, thinking only of how all this ill-reason is depleting the state of vital reserves. But in my judgment, I wouldn’t trust that he is: for when you’re caught up in a societal wave where achieving something necessary takes precedence over all previous routines — which must be made to happen, regardless — you’re not going to appear to yourself as someone drooling for something base, for quick satiation of some urgent need which would pass leaving you only depleted. You’re going to be in the mood the Martian sees, not only no problem with, but encourages: Damn obstacles, damn protocals — humanity demands that you bring the damn Martian home!

I’m quite sure the Romans were thinking that after a great man — Marcus Aurelius — was quit from the earth, the empire itself was felt to be at risk unless a rebirth ensued out of gargantuan human sacrifice. For them, each gladiator slain was one step closer to restitution, not one step further into ruin. And the Empire’s food and money could be drained, must be drained, so that the Empire itself could continue to live — something larger was about, and if you couldn’t understand that, couldn’t feel that, you yourself must be an alien! The Empire was at a momentary very great loss: Bring the damned Empire back!